Do all cultures kiss? This is a question that anthropologists have asked themselves and have finally answered. It may seem that kissing is a natural instinct and that all societies across the world engage in this affectionate behavior. The truth is, however, that scientists have discovered that only about 50% of the human population engage in kissing. This leads them to believe that kissing is not an instinctual, but rather a socially constructed action.

So as much as we’d like to think that kissing is a universal act, it is in fact not so. Many societies find kissing, especially French kissing, disgusting and unsanitary. This type of sexual-romantic kissing is mostly practiced by Western societies. 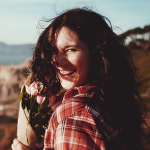 Hi, I'm Heather and I am a lover of romance and passion. Join me as we explore the sensual art of kissing.

Watch the free video to learn the 3 things you must do to kiss a man and make him wild about you!

Learn how to talk dirty to tease and gloriously torment your man so he can never get enough of you.

Don't miss out on the ultimate guide to romance and passion: How to Kiss a Man to Make Him Fall in Love!Download now